The SavingFood project offers a unique solution to tackle the challenge of food waste by developing a dedicated online community that will facilitate the redistribution of surplus food to those people and organisations in need. This will be achieved through the development and testing of a collective awareness platform that will leverage on the collaborative power of ICT networks in order to raise awareness, drive behaviour change and encourage citizens and stakeholders to be part of the suggested food waste solution.

The SavingFood platform and overall project’s interventions will be tested in Greece, Hungary, the United Kingdom and Belgium. 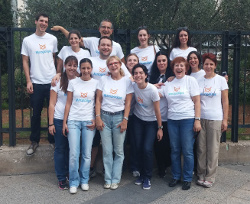 The pilot implementation of Saving Food in Greece will be led by Boroume, the organisation in Greece dedicated to save food.

The pilot implementation of SavingFood in Hungary will be led by the Hungarian Food Bank Association (HFA), the major food redistribution actor in the country.

SavingFood in the UK 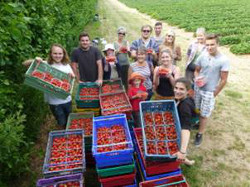 The pilot deployment of SavingFood in the UK will be led by Feedback, a charity that campaigns to end waste at every level of the food system by catalysing food waste movements around the world. 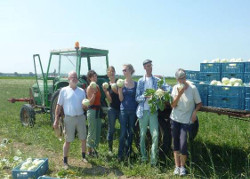 Feedback and its Gleaning Network in Belgium will led the pilot deployment of SavingFood platform in Belgium.