Gleaning in Hungary on the World Day of Fruits and Vegetables

Gleaning in Hungary on the World Day of Fruits and Vegetables

Gleaning as a new activity in Hungary was officially launched on the occasion of the World Day of Fruits and Vegetables in Budapest on the 18th October 2017. The event was organised on the Budapest Wholesale Market and during the event, volunteers were offering meals to farmers and retailers working on the market and started conversations with them in order to invite them in gleaning activities in Hungary. 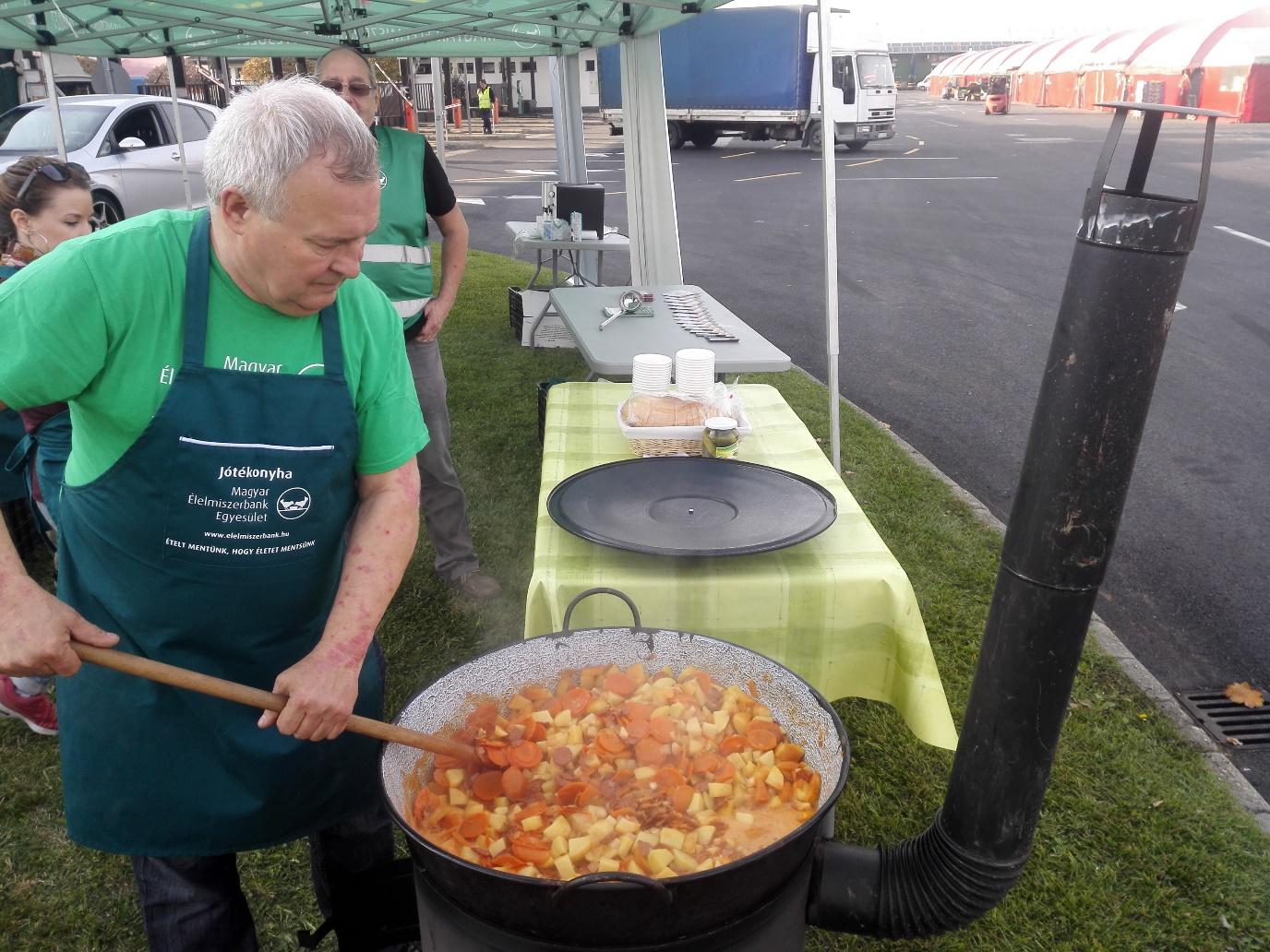 The feedback was very positive, a number of farmers indicated they occasionally have products to be gleaned and contacts were exchanged in the hope of a future gleaning cooperation with the Hungarian Food Bank Association.

The primary interest was to raise awareness about the new gleaning activities which were unknown in Hungary before the event, in order to find farmers possibly interested in joining gleaning events in the future. By speaking and creating awareness around the event the main aim was also to target potential volunteers for gleaning activities as well as the general public.

HFA and FILAB were participating in the preparations, the organisation and execution of the cooking and to collection of the team running the event. 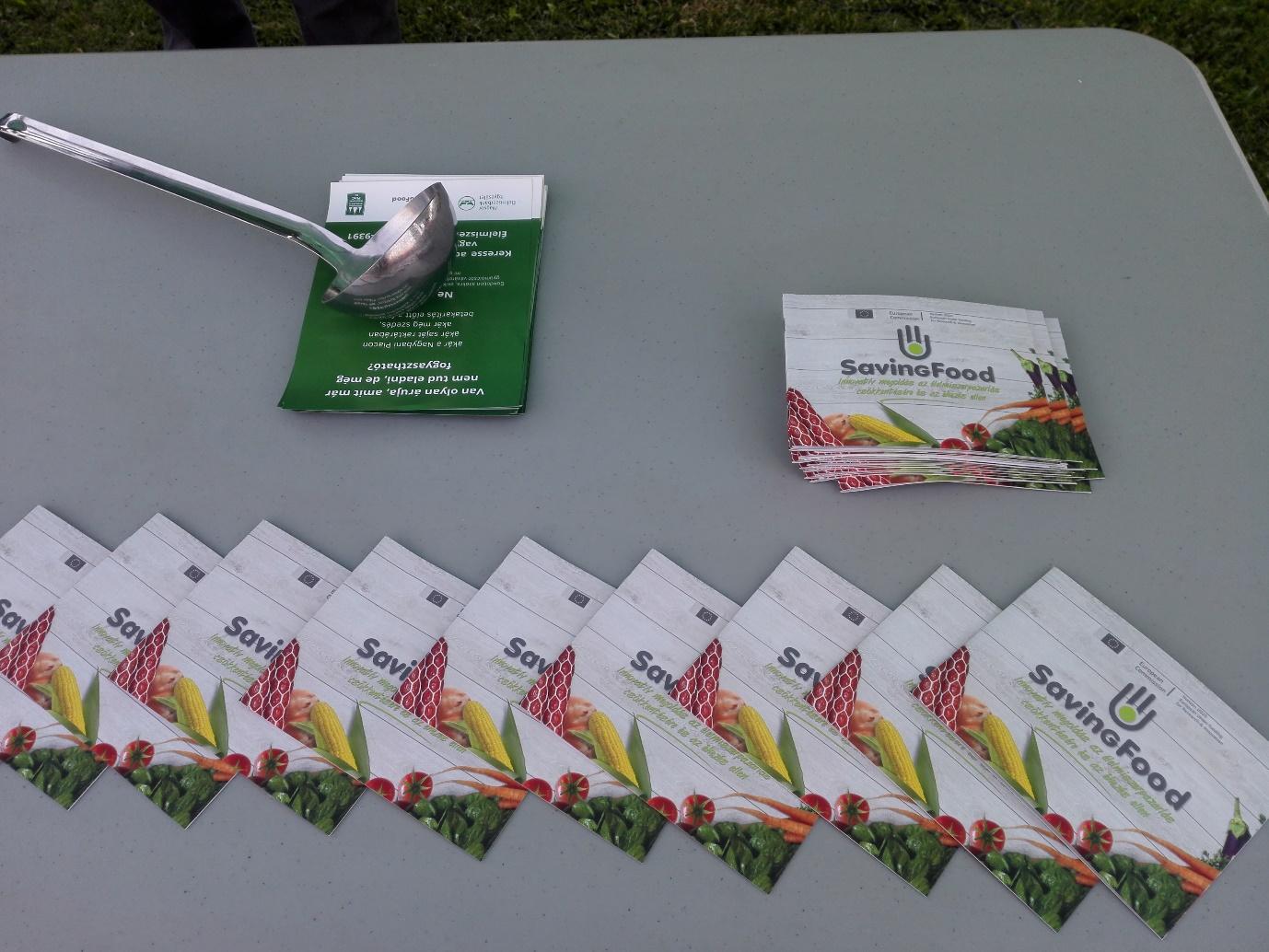 Budapest Wholesale Market helped by providing the place of the event, with the necessary infrastructure (water, electricity) and have also made available a car for the market roadshow. In addition, the Wholesale Market supported the event with their communication channels as well.

We offered a meal to farmers working on the market and started a conversation with them about food waste in general and our new gleaning activities.

We have distributed flyer about the SavingFood platform, informed the farmers about the opportunity to join and explained briefly the benefits of the platform.

Farmers were very open and honest (the offering of a meal was helping this very well) and a number of “mini-interviews” collecting a lot of valuable information have been conducted. The materials were effective and the external communication as well since we have received positive feedback after the end of the event. 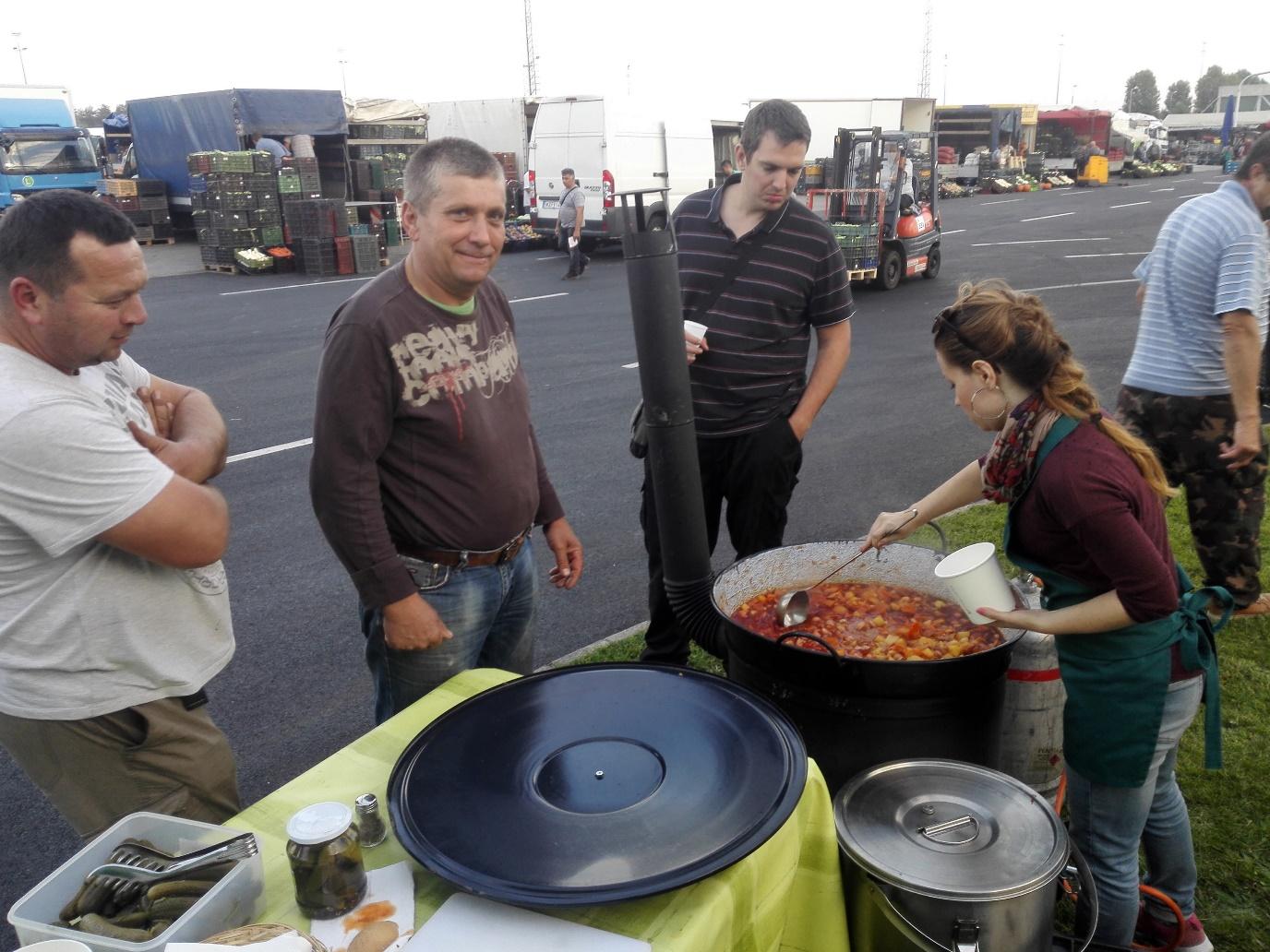 Although they haven’t asked for, we received surplus food from them during the roadshow, this shows that they have already started to learn about the food surplus redistribution activities of the food bank (the surplus collection container is continuously operating since June).